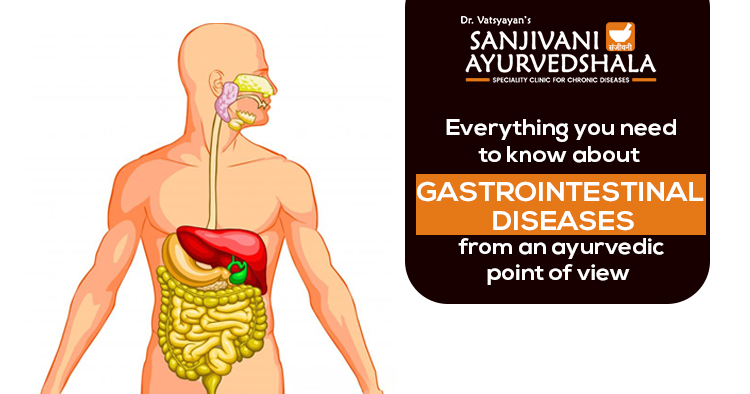 Hyperacidity & Gas Problems Ayurvedic Treatment, The Gastrointestinal system/gastric system is known as the digestive system which incorporates the variegated organs of the digestive tract of humans. It should be followed from:

Any ailment in the gastrointestinal system that creates an impact on the functioning and operation of this system can be called gastrointestinal disease or ailment. According to Ayurvedic Science, gastric problems can be accounted to:

Moreover, alleviation in age, particular infections, or some diseases or ailments of the gastro tract (as tumors or any absorption problems) are also accountable for gastrointestinal diseases. Ayurvedic treatment regarding gastric complications is committed to picking out the main cause of the affliction and rectifying it. It also provides some guidelines or instructions that are quintessential for maintaining good Gastric health by little transformations in:

People who suffer from GERD frequently feel acidity and some sort of bitter and tangy taste in the mouth. For many patients, it could be one of the occasional conditions or situation, but for others, it could become a more severe and everlasting issue.

Amapitta has been thrown light in detail in conventional and classical Ayurvedic texts or scriptures as:

The affliction frequently throws light on symptoms as:

It customarily associates with the inability of an individual to regulate their bowel movements. It would lead to the ensuing

Leakage of feces unexpectedly and anytime. The situation may incorporate some leakage to a thorough loss over the motions.