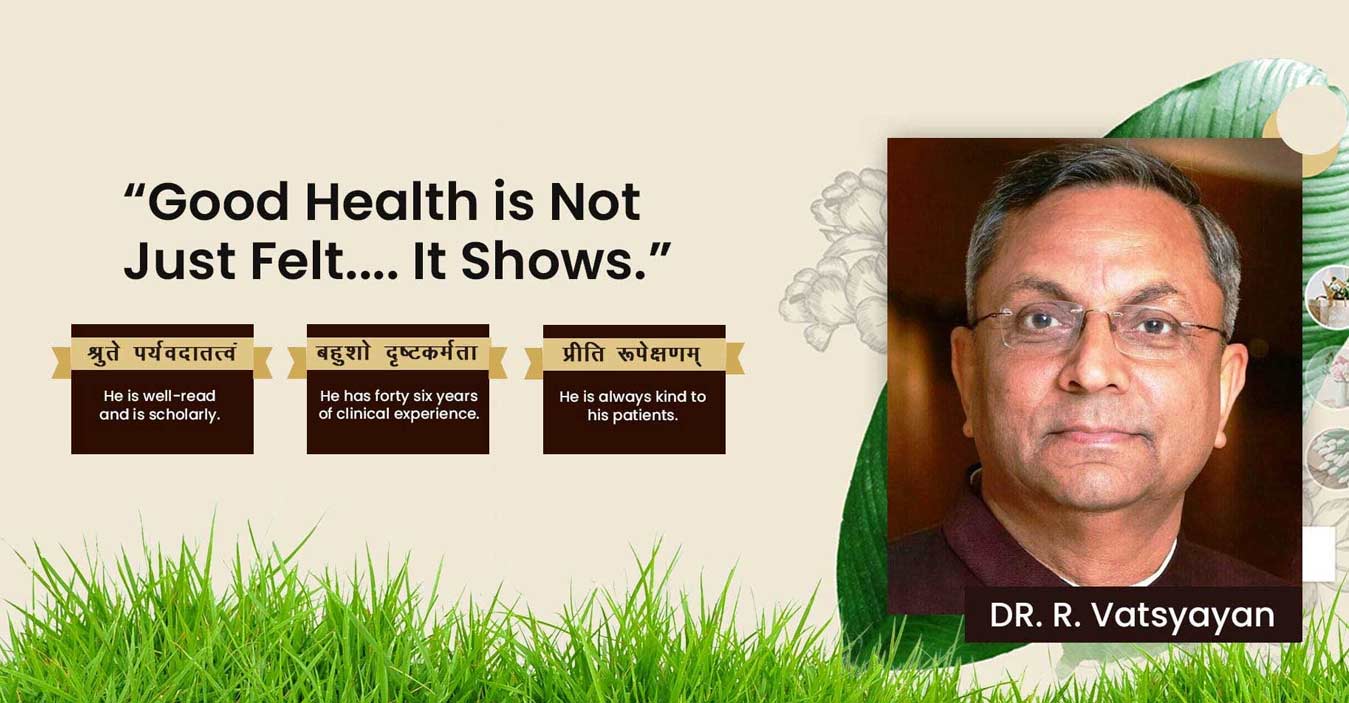 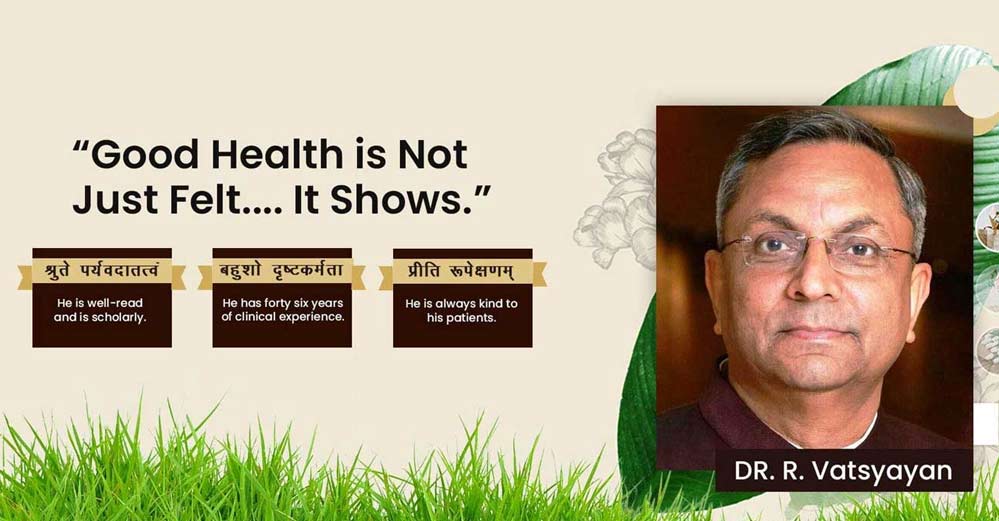 get in touch
let us know how we can help.

Ayurvedic treatment is blessing for life!

Dr Vatsyayan’s Sanjivani Ayurvedshala is a reputed Ayurveda clinic of India. Situated in the elegant, well-connected and easily approachable area of Ludhiana city of the Punjab province, over the decades the clinic has earned the reputation of successfully treating thousands of patients. Based on the age-old ayurvedic principles and ideals, our prescriptions, medicines and treatment plans are aimed to give a holistic cure to the patients.
It this unique methodology and classic practice of Dr R. Vatsyayan and his team of accomplished doctors, which has made the Sanjivani Ayurvedshala a favourite health care centre for patients , who visit it in large number from within the country and abroad to seek pure and authentic Ayurveda treatment .

Best Ayurvedic clinic in Ludhiana and Ayurvedic Doctor in Punjab Because it is the home of the famous Vatsyayan family tradition whose several generations have served Ayurveda since centuries and have imparted the healing of this great system to the kings and commoners alike.

Bringing the Goodness of Ayurveda

Jatharagni or the digestive fire (Agni) digests food for the proper working of the body, according to the Ayurvedic idea of digestion. Wrong digestion initiates disease in the body. Take control of your health in order to boost digestive system efficiency.

Panchkarma is Ayurveda’s most popular detoxifying procedure. It not only works as a curative practice for many difficult diseases but is also applied for as a  preventive and rejuvenation agent.  Its practice has been recommended by all ancient ayurvedic texts.

Gynaecology is actually “the science of women”, a medical practice that deals in the health of female reproductive systems. Thousands of years ago, ayurvedic masters while dividing it into eight parts, made Gynaecology and Paediatrics a special branch of it. They had taken care of and discussed most of the female health problems and prescribed medicines and diet and lifestyle modifications to cure such problems

“Look the Nervous System as the key to maximum health.”

The primary dosha regulating the nervous system is the Vata dosha. This doesn’t negate the significance of the other doshas as they communicate with each other and are interrelated.  Hence the diseases of the brain and nerve are called the Vata Vyadhis.

"Get rid of Guilt and shame with Ayurveda."

Vajikarana or Vrishya chikitsa is one of eight major specialities of the Ashtanga Ayurveda. This subject is concerned with aphrodisiacs, virility and improving the health of progeny. As per Charak Samhita, by proper use of these formulations, one becomes endowed with good physique, potency, strength, and complexion and sexually exhilarated and potent.

The respiratory system in the body represents the Pran Shakti without which the life cannot be sustained. Right from the nostrils to throat and then to trachea and the lungs, we breathe and our body exchanges gases, cleans blood and performs many other vital functions.

“A healthy heart is a symbol of healthy life.”

Based on the philosophy of Maharishi Ayurveda, our Cardiovascular System provides the natural approach to cardiac safety. A key characteristic of coronary vessel walls is a physical degradation. These may involve the accumulation of cholesterol and plaque channels, weakened areas owing to increased strain.

“Ayurveda helps you to keep your urinary system healthy.”

The urinary system is one of the very important body systems. Toxins and residues can accumulate themselves in the kidneys, the ureter and the bladder resulting into short term and long term problems. Similarly, the kidneys not able to filter the blood can also lead to their gradual failure posing a grave risk to life and well-being.

“Stand up to keep yourself disease free. It is now or never”

Diseases of Bones and Joints

The adult human skeletal system has a complex architecture that includes 206  connected by cartilage, tendons and ligaments. The bony joints are of three types – immovable, slightly movable and freely movable. Ayurveda offers complete  cure of the diseases of the bones and joints weather they are  due to any local reason or have arisen out of some systemic etiology

“You may have to fight a battle more than once to win it.”

Unlike modern psychological science, which has until very recently maintained the dichotomy of mind and body, Ayurvedic psychology clearly recognizes that the mind and the body are one. The mind is a field of thoughts and moods, and the body is a turf of molecules, but both are expressions of consciousness interacting with each other.

A few words from our patients.

I have been prescribed surgery for the back pain by leading ortho specialists.  Later,  I consulted  Dr R Vatsyayan of the Sanjivani Ayurvedshala , who after listening and examining me recommended some medicines and advised me to go for certain Panchkarma procedures. Now after two months of treatment the pain has reduced considerably and I am active again to resume my job as a house maker.

I am a diagnosed case of Ulcerative Colitis and been taking allopathic treatment. I was passing blood mixed stool many times in a day.  I was put on steroids and immuno-modulator medicines but with very little relief. For the last three years, I am consulting Vaidya Vatsyayan at the Sanjivani Ayurvedshala. His treatment has transformed my life. My symptoms and complaints are now well under control and now I am busy taking the examination of Civil Services.

I have been prescribed surgery for the back pain care of Sanjivani Ayurveda And Panchkarma. I was recommended to have surgery because I was in bed with serious pain. And after getting treatment here, I feel too energetic, due to which I can perform day-to-day activities simply.

Lower Back Pain I've endured for 14 years. I have been diagnosed with allopathy, but little usage was made and extreme antibiotics that significantly deterred my safety were administered. In 21 days I was able to walk home, I contacted Sanjivani. That's wonderful. It's wonderful.

Therapist and nurse interaction is great, they're so caring and affectionate and I always appreciated it. The facility provides a really nice environment with qualified clinicians that allow the individual to heal more easily.

Big gratitude to the Ayurvedic hospital named Sanjivani. I will now truly enjoy my life. I'm no doubt a nurse with rheumatoid arthritis. A major thank you to the doctors and staff at Sanjivani Ayurveda.

I was searching for the right therapy for my asthma for Ayurveda hospitals near me. I can definitely claim that Sanjivani Ayurvedic centre is the strongest Ayurvedic hospital, as my recurrent asthma was cured. I strictly recommend it to others who need respiratory problems treatment.

How is Ayurveda known to offer a positive influence on relationships?

Ayurveda positive influence on the relationship Ayurveda is one of the significant means to offer complete wellness. From head to toe, the Ayurvedic approach has a number of benefits to…

Get detailed information about Nadi pareeksha with Ayurveda 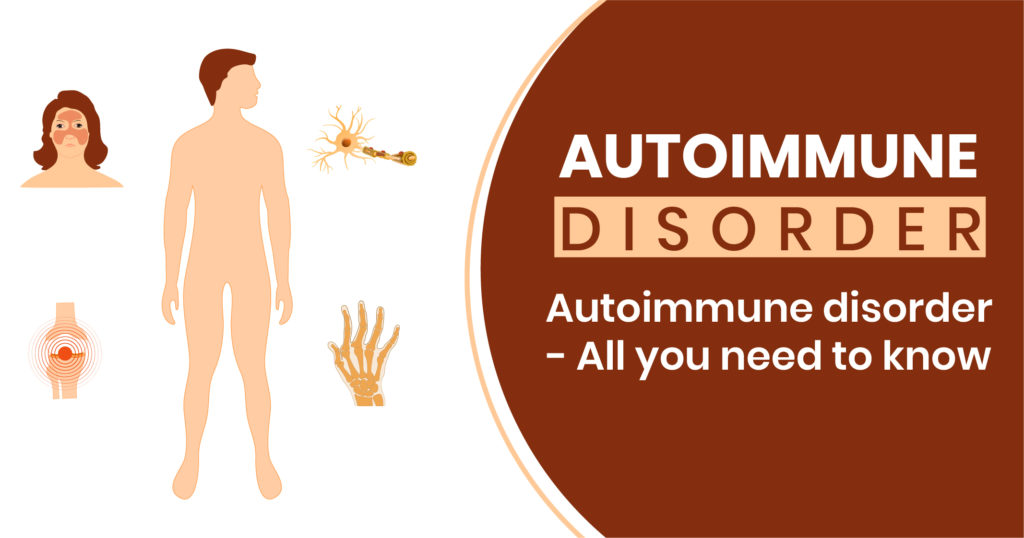 How much time do ayurvedic medicines take to work for health issues?

Ayurvedic medicine: How long does it take to show results? The term Ayu and Veda are derived from the Sanskrit language. Since ancient times, it’s been an important part of…

Staff members looking after you

Leaving everything else, first of all take care of your body.